Shoreline Change in Tanzania and Kenya: Manual for Assessment and Design of Mitigation Strategies 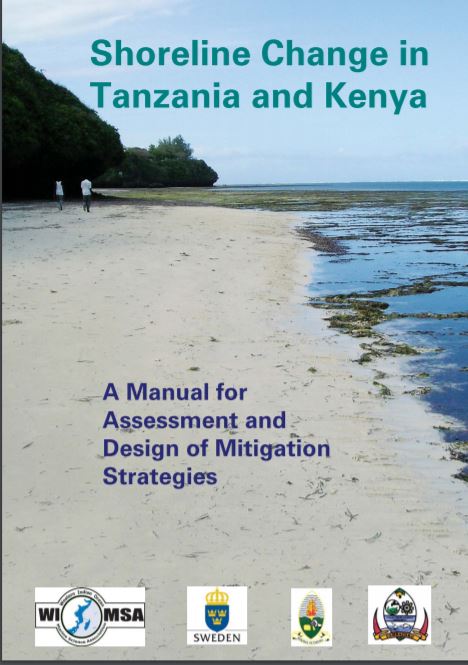 Shoreline change is an ongoing issue affecting communities, their livelihoods and tourism development in the Western Indian Ocean (WIO) region. A particular concern has been the threat of coastal erosion to tourism infrastructure. Other concerns, arising both from coastal erosion and from efforts to control it, include habitat loss and the degradation of coastal amenities. In Tanzania and Kenya, the issue of shoreline change, and in particular the hazard of coastal erosion, has been the subject of regional and national reports, identifying a range of possible forcing factors. Despite these efforts, there is a lack of guidance on the methodologies for the assessment and mitigation of the risks from shoreline change, both to affected stakeholders and to the coastal environment. The WIOMSA MASMA programme has therefore sought to promote and facilitate the development of such guidance by supporting an intensive study of shoreline change, its causes, socio-economic and environmental consequences; and the management of the associated risks to coastal communities. This manual reflects the outcomes of this study. The fieldwork focused on two case-study sites; one in Kenya on Mombasa’s northern shore, and the other in Tanzania on the shore of Msasani Bay, on the northern outskirts of Dar es Salaam. The sites include many of the typical physical, ecological and socio-economic features of these countries’ shorelines. They were selected on the basis of known shoreline change issues of economic significance. The compilation of the manual has benefited greatly from many national and international publications dealing with coastal management and, specifically, shoreline change and its physical processes. The illustrations, figures and data relate mostly to the case-study sites. However, the issues addressed are common to most coastal areas of Tanzania and Kenya, and some of them to the coasts of the WIO region as a whole