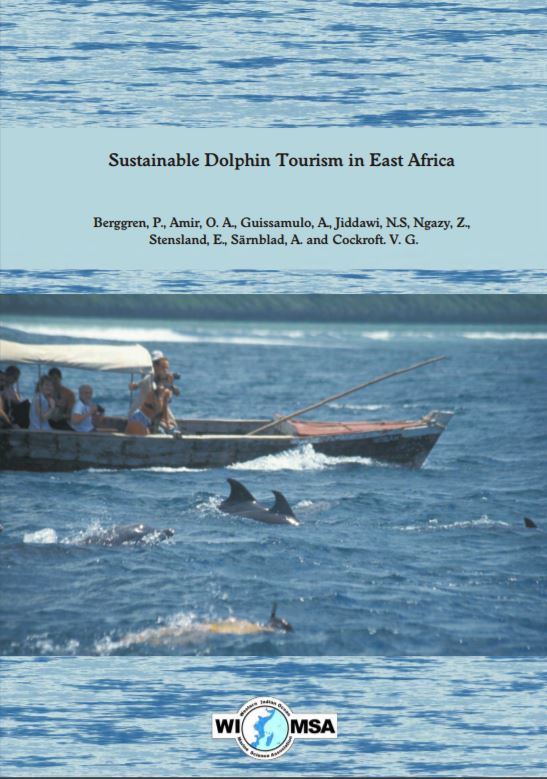 The MASMA sustainable dolphin tourism project was a collaborative research effort conducted between 2003 and 2006 with participants from Mozambique, South Africa, Sweden and Zanzibar. The objectives were to build the capacity for sustainable dolphin tourism in the East African region. Both basic and applied research was conducted to assess status and promote effective conservation and management of dolphin populations and tourism activities while accounting for local socio-economic aspects. In order to implement this, an interdisciplinary approach provided scientific information on the animals’ distribution, abundance, mortality, genetic population structure, biology, ecology, behaviour, and information on human social and socio-economic structure. The project was conducted in two geographical areas where dolphin tourism activities are ongoing in East Africa; south coast of Zanzibar and Ponta do Ouro, Mozambique. Additional studies were also conducted at Inhaca Island, Mozambique. Questionnaires were used to collect data from stake-holders and local communities, boat based surveys to collect data and samples on local dolphin populations and observer programmes to investigate fisheries mortalities. The Indo-Pacific bottlenose dolphin (Tursiops aduncus) was the focal species in the studies because it is the target species for the tourism, however Indo-Pacific humpback dolphins (Sousa chinensis) were also considered in the research conducted.