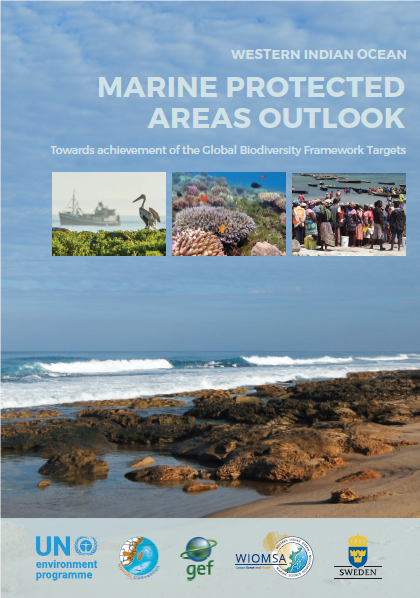 The Western Indian Ocean region has declared 143* marine and coastal areas as protected – an area covering 553,163 square kilometers, representing 7 percent of the total Exclusive Economic Zone (EEZ) for the region – according to the WIO MPA outlook publication released by the UN Environment Programme  (UNEP)-Nairobi  Convention  and  the  Western  Indian  Ocean Marine Science Association. The MPA Outlook documents progress made by countries in the region towards the achievement of Sustainable Development Goal 14.5 and provides lessons and opportunities to increase momentum for achieving post-2020 Global Biodiversity Framework targets.

The Marine Protected  Areas Outlook, indicates that almost half of the total area – an estimated 63 percent of the overall square kilometers – was brought under protection in the seven years  since the 2015  adoption of Sustainable Development Goal 14.5, which  committed countries to conserving at least  10 percent of their marine and coastal areas by 2020.

This Outlook examines the  current  and  future  status of Marine  Protected   Areas  (MPAs) in Comoros,  Kenya,  France (in  its  Western  Indian Ocean  territories),  Madagascar, Mauritius, Mozambique, Seychelles, South Africa, and Tanzania, emphasizing the increased commitment of countries to strengthen marine  protection.  In 2019  alone,  Seychelles brought 30 percent  of its Exclusive Economic Zone under protection,  safeguarding the habitats of 2,600  species, while South Africa declared 20 new MPAs  – enabling both countries to exceed  the 10 percent target. Comoros has developed new MPA-specific legislation, while over three hundred Locally Managed Marine  Areas – i.e., areas in which coastal communities shoulder the mantle of conservation – have been declared across the region.