The Voyage from Seychelles to Maputo: Successes and Failures of Integrated Coastal Management in Eastern Africa and Island States, 1996-2001, Vol II. 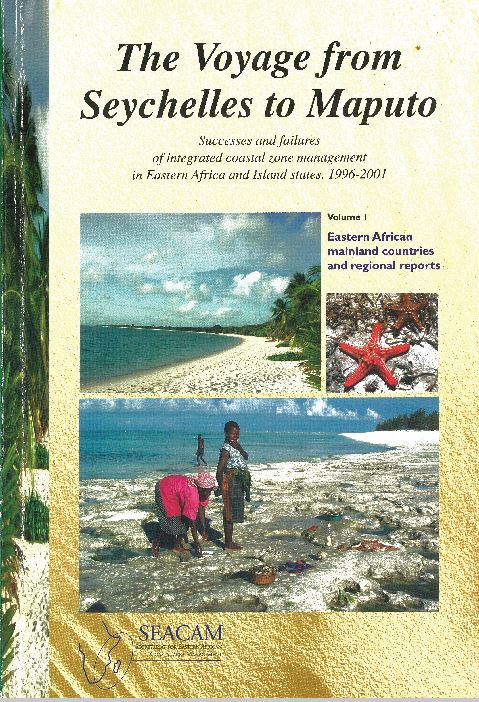 In 1993, the environment and natural resource management ministers of the Eastern African region met in Arusha, Tanzania to address these probles: the population increase, inappropriate or poorly planned development, the pressures from emerging economic development, raise on the number of job seekers and coastal dwellers are threatening the functional integrity of the natural coastal systems.
The ministers considered and endorsed a resolution containing various recommendations, which address the coastal zones in their countries (The Arusha Resolution on Integrated Coastal Zone Management in Eastern Africa including Island states). ICZM was put on the agenda and regarded as the adequate tool to address the multiplicity of issues involved in the coastal zones.
The present document aims to critically assess the successes and failures of ICZM in the Eastern Africa region up to the end of the year 2001, when the Third Major meeting on ICZM was supposed to take place in Maputo.