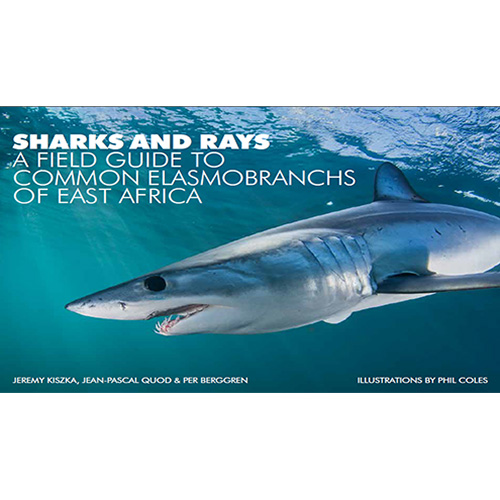 Elasmobranchs (sharks and rays) are among the most fascinating but also the most unknown and misunderstood animals of our oceans. With nearly 200 species recorded, the East African region is a major hotspot for sharks and rays in the world. However, very little is known about their status, distribution, and taxonomy, whereas a large number of species face major threats including fisheries and habitat degradation.

The aim of this book is to help and encourage scientists, fishermen, divers, and other interested to identify, document and promote the presence of the 70 most common species of elasmobranchs in East Africa.