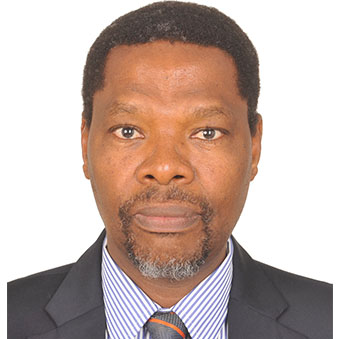 Is a Professor of Marine Biology at the University of Dar es Salaam. He obtained his Bachelor of Science degree in Zoology and Marine Biology from the University of Dar es Salaam in 1986. In 1989, he obtained a Master’s degree in Fisheries Biology and Management from the University of British Columbia in Canada. In 1991, he joined the National University of Ireland-Galway and obtained his PhD in Marine Aquaculture in 1995. He has received several academic awards including one from the Commonwealth and Irish Government. He is widely published in his area of specialization. His publications include 74 journal papers and 28 papers in edited conference proceedings. He has also published 5 multi-authored books and 14 book chapters. Prof. Mgaya has also supervised 17 MSc and 18 PhD candidates who graduated during the period 1999-2016. He is a member of various professional bodies including Asian Fisheries Society and Western Indian Ocean Marine Science Association. Professor Mgaya is an experienced administrator having held various administrative positions at the University of Dar es Salaam, including Dean of the Faculty of Aquatic Sciences and Technology (2002–2006) and Deputy Vice Chancellor (Planning, Finance and Administration) (2006–2014). He served as the Executive Secretary of the Tanzania Commission for Universities from December 2014 to May 2016 and currently serves as the Director General of the National Institute for Medical Research.

Prof. Mgaya brings wealth of experience in governance having served as Chairman of the following organisations: Board of Trustees of the Marine Parks and Reserves Unit (2004–2008); Board of Directors of the Tanzania Fisheries Research Institute (2009–2016); Ministerial Advisory Board of the Drilling and Dam Construction Agency (2014–2019), and; Board of Directors of Sea Sense (a marine conservation NGO) (2008–2019). It is worth noting that Prof. Mgaya has served WIOMSA as a Country Coordinator (1997–2006). He was recently appointed by the Vice President’s Office to serve as the Champion of the Northern Mozambique Channel Initiative (2016–To date) and founding member and Vice Chairman of the National Environment Trust Fund (2017–To date). Internationally, he serves as a member of the Board of Trustees of the International Foundation for Science (IFS) based in Stockholm, Sweden (2010–2018) of which he was also a member of its Executive Committee.