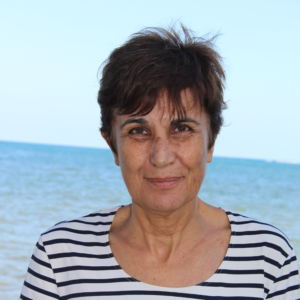 Dr. Pascale Chabanet is the Director of the Institute of Research for Development (IRD) La Reunion and a researcher in Reunion Island at the French Overseas Department. For the past 20 years, her main research subject has been the ecology of fish associated with coral reefs in the SW Indian Ocean and West Pacific. She studied Biology at the Université d’Aix-Marseille in France before obtaining a grant to do a master’s in marine biology in the USA (University of California Santa Barbara). She holds a PhD from the University of Reunion on the relations between benthic and fish communities on the island’s coral reefs. She served as a Senior Lecturer at Reunion Island University between 1996 and 2003. She joined IRD in New Caledonia in 2003 where she studied the coral reefs of the Pacific. In 2005, she obtained accreditation to supervise research (HDR), having presented her work on the impact of coral reef perturbations on reef fishes in the SW Indian Ocean. In 2008, she returned to her research post at the IRD, working her way to the director post in 2012. She has served on the WIOMSA Board of Trustees from 2009 to 2017 and was elected Vice- President of the Board from 2013-2017. She is highly involved in decision-making structures on marine conservation as the scientific or management committees and actively supervises students in their research. She is also fully involved in the community awareness initiatives on environmental issues related to coral reefs.