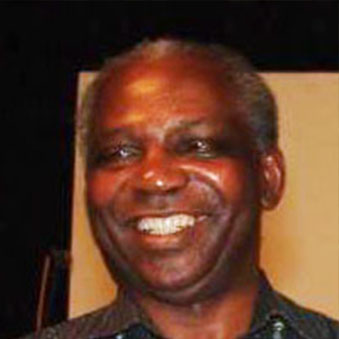 Dr. Magnus Ngoile is no stranger to WIOMSA having been central to the establishment of the association.

He was the Association’s founding member, first President/Chairman and served on the WIOMSA Board of Trustees for several years. In 1999, he won the prestigious Pew Marine Conservation Award that he used to promote community based marine and coastal management in Kilwa District, Tanzania.

He has served in various capacities in marine conservation at national, regional and global levels, including: the Director of the Institute of Marine Sciences of the University of Dar es Salaam; the Coordinator of the IUCN Global Marine and Coastal Programme; the Director General of the Tanzania National Environment Management Council; and the Team Leader for the EEZ Governance Facilitation Team for the Marine and Coastal Management Environment (MACEMP) and the Policy and Governance Coordinator, UNDP/GEF Agulhas Somali Currents Large Marine Ecosystems (ASCLME).

He has extensive experience in policy, governance and management issues related to marine and coastal resources and environment.

He also assisted in the development of community based marine conservation projects. Dr. Ngoile developed a marine science capacity building for Tanzania through the support SAREC and later of Sida-SAREC; the support which continues to date. At a regional level, he played a key role in the development of marine sciences in Eastern Africa and capacity building through the support of Sida-SAREC. Dr. Ngoile was central to the organization of the two regional ministerial conferences for the development of a regional approach to integrated coastal management (ICM) in Eastern Africa, opening a dialogue between the players in policy-planning-management-research for ICM. Dr. Ngoile is currently based at the Department of Aquatic Sciences and Fisheries of the University of Dar es Salaam.