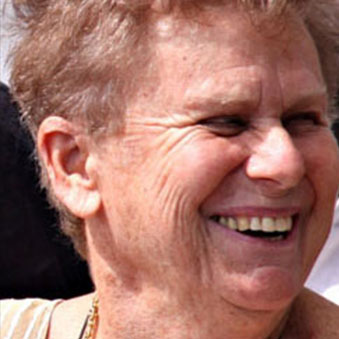 Emeritus Professor Chantal Conand first involvement with research in the Western Indian Ocean (WIO) region started when she joined the Laboratory of Ecology and Marine Research (ECOMAR) of the University of La Réunion in January 1993.

During her tenure as the ECOMAR director, she was instrumental in encouraging collaborative Research between France and many research laboratories in
the WIO Island States, notably Comoros and Madagascar.

Her contribution to WIO regional research is sea cucumber fisheries especially its taxonomy, distribution and conservation in Kenya, Tanzania and Madagascar. She has trained many scientists and improved research capacity in various countries of the WIO Region. She attended the first WIOMSA symposium in 1997 and was elected WIOMSA Country Coordinator for La Réunion, a position she held from 1998 to 2001. She has served as a member of the WIOMSA Board of Trustees (2001-2004) and was single handedly responsible for the increase in members from La Réunion and their involvement in WIOMSA’s activities as well as in other regional programs. She has also served in the Editorial Board of the WIO Journal of Marine Science (WIOJMS).

Prof. Conand is an Emeritus Professor at the University of Reunion.