Offshore Fisheries of the Southwest Indian Ocean: their status and the impact on vulnerable species 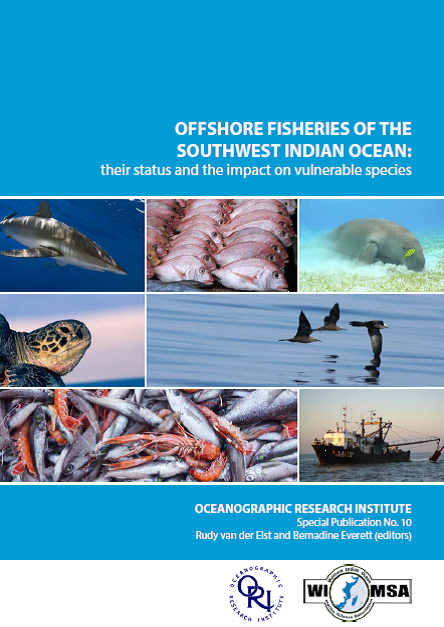 The Southwest Indian Ocean Fisheries Project (SWIOFP) was launched with the overall objective:

“To promote the environmentally sustainable use of fish resources through adoption by countries riparian to the Southwest Indian Ocean of a Large Marine Ecosystem (LME)- based approach to fisheries management in the Agulhas and Somali LMEs that recognizes the importance of preserving biodiversity.”