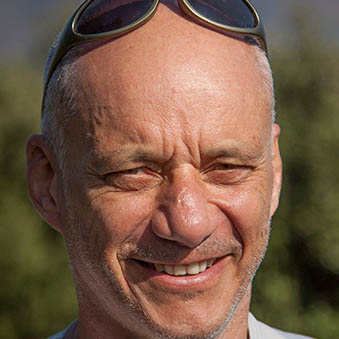 Dominique is a senior Research Officer at IRD (French National Research Institute for Sustainable Development), presently based in Madagascar. He has been studying fish larvae and juvenile ecology for more than 30 years. He began with freshwater species during his doctorate (1983–1986) and his first post-doc at the Swiss Federal Institute of Aquatic Science and Technology (1986-88). He turned to the ecology of marine fish larvae in Hudson Bay, northern Canada, during his second postdoc at Laval University, Québec (1989-91). Hired by ORSTOM (now IRD) in 1992, he studied the early life stages of neotropical fish species in French Guiana rivers and coastal swamps for six years. From 2001 on, he started studying the post-larval and juvenile stages of tropical coastal marine fish species in western Pacific (New Caledonia, from 2001 to 2010) and in SW Indian Ocean since 2012.

In SWIO, Dominique is working with students and collaborators from universities, research institutes, and private companies, in La Réunion, Mayotte, and Madagascar where he is now based. As he thinks good scientific studies have to be based on specimens precisely identified at the species level, he’s presently cooperating with different partners for developing electronic identification tools based on HD pictures of individuals identified using DNA barcoding.

Dominique is the author or co-author of more than 70 book chapters and articles published in peer-reviewed scientific publications. He is presently co-tutoring Malagasy Master and PhD students studying post-larval and juvenile stages of fish in Madagascar. Involved in collaborative projects with colleagues from different countries from the beginning of his career on, Dominique has recently proposed with Malagasy scientists from IH.SM and CNRO, French scientists from IRD, University of La Réunion, CNRS and Ifremer, the establishment of an international observatory of coastal marine biodiversity in Madagascar. If this project is funded by IRD, it should start in early 2020 for a period of five years.