Following the elections for the new WIOMSA Board of Trustees during the 6th General Assembly held on the 3rd November 2017, WIOMSA is pleased to announce the following new Board members: Prof. Yunus Mgaya who has been elected in the category of host country member, Prof. Ranjeet Bhagooli and Dr. Dominique Ponton representing the Island States, Dr. Jacqueline Uku and Dr. Louis Celliers have been re-elected in the category of the mainland states, and Prof. José Paula in the ‘out of the region’ category. 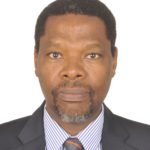 . Mgaya is the Director General of the National Institute for Medical Research in Dar es Salaam, Tanzania, and Professor of Marine Biology at the University of Dar es Salaam. He has received several academic awards including one from the Commonwealth and Irish Government. He is widely published in his field of expertise. Prof. Mgaya brings a wealth of experience in governance to the WIOMSA Board having served as Chair on many Boards within and outside the region. He is a long-standing member of WIOMSA and has served as the Country Coordinator for Tanzania in the past. His vision for the Association is a strong self-sustaining organization with adequate financial resources for supporting various activities within its mandate. 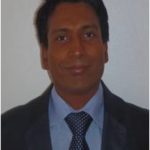 Prof. Bhagooli is an Associate Professor at the University of Mauritius. His research focus is marine ecosystems, especially coral reefs. Ranjeet has assumed the role of Head of Department and has served as Acting Dean of Faculty on several occasions at the University of Mauritius. He strongly believes in working together with other relevant organizations including NGOs and CBOs to foster an ecologically sound and enabling environment for development of the blue economy. Prof. Bhagooli has been a member of WIOMSA since 1998 and has been contributing to WIOMSA efforts. He is currently an editorial board member of the WIOMSA journal – Western Indian Ocean Journal of Marine Science. Prof. Bhagooli aspires to strengthen regional links through setting up and furthering support to regional marine laboratories and research that will facilitate exchange of research staff and students to enhance learning and research outputs linked to addressing locally, regionally and internationally pertinent marine issues for a sustainable future for the WIO region and globally. 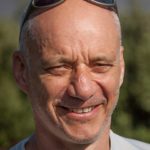 r. Dominique Ponton is a senior Research Officer at IRD, La Réunion. He has been studying fish larvae and juvenile ecology for more than 30 years. Aware of the sustainability dialogue that WIOMSA is currently engaged in, Dominique thinks the rapidly increasing number of WIOMSA members remains a great opportunity for addressing the numerous challenges faced by coastal and marine environments in the WIO region. He believes that one of the key points is to help scientists, managers, decision makers and private companies to work together more efficiently. WIOMSA can and is playing an instrumental role in stimulating the development of collaborative platforms for sharing information on countries’ species lists of organisms, developing online capacity building courses, and initiating the creation of up-to- date numeric tools to help scientists, managers and coastal populations to better work together.

All the incoming Board members (both new and returning) embody the WIOMSA spirit of Coasts Ocean People and bring talent, expertise and energy to the table. We are very fortunate to have them by our side as we continue to work towards WIOMSA’s Vision of an Association that is recognized widely as a leader in promoting the development of marine and coastal science professionals, advancing marine and coastal science, and promoting the conservation and sustainable development of coastal and marine environment.

The new Board will be meeting early next year to elect the President, Vice President and the Treasurer as well as two co-opted members to complete the composition of the Board.