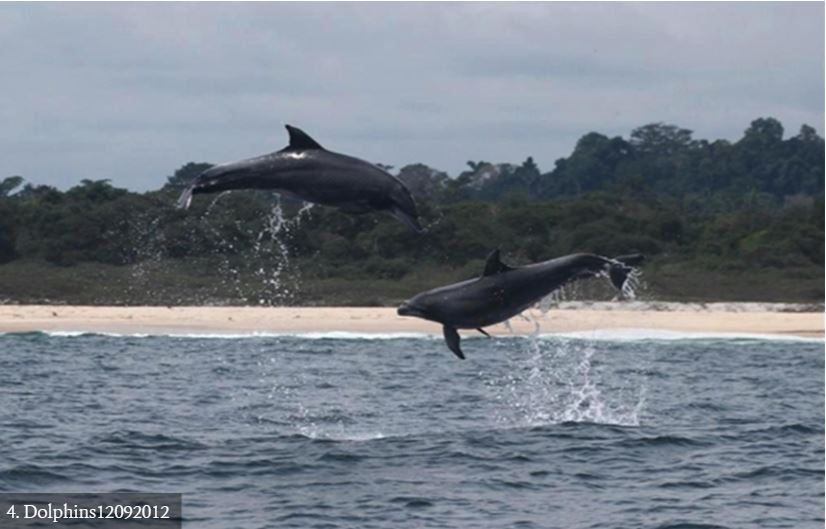 The announcement was made during the U.S. State Department’s Our Ocean 2016 Conference, in Washington, D.C., at which Secretary of State John Kerry invited heads of state, scientists, business leaders, NGOs, and others to tackle key issues including marine protected areas, sustainable fisheries, marine pollution, and climate-related impacts on the ocean.

MPAs have been shown to provide immense benefits for the world’s marine ecosystems. Recent studies have demonstrated that marine reserves have the ability to more than quadruple fish biomass over time in coral reef ecosystems. Others show that the fishermen near marine reserves see their income more than double.

WCS, the Waitt Foundation and bmf will together commit a minimum of $15 million to the WCS MPA Fund, which will support MPA expansion and creation efforts in countries where WCS works. The GEF will commit an additional $33 million to projects that expand or improve the effectiveness of MPAs in line with countries’ commitment to their 2020 targets. WCS continues to solicit additional commitments to grow the impact of this work even further.

The combined commitment will invest $48 million in new resources toward the expansion and improved effectiveness of MPAs across the world’s oceans, in order to meet or exceed the United Nations’ Sustainable Development Goals and the Convention on Biological Diversity Aichi Biodiversity Targets of protecting 10 percent of the world’s oceans by 2020.

The MPA Fund has been created at a pivotal moment in time; a dramatic increase in ocean protection is urgently needed. We have lost 95 percent of ocean predators, a third of coral reefs are severely degraded and the majority of the world’s fisheries are over-exploited. Today, while close to 15 percent of land is set aside for conservation, only 3.5 percent of the oceans are formally protected, with less than 2 percent secured in full “no-fishing” zones.

Ted Waitt, Founder and Chairman of the Waitt Foundation, said, “The Waitt Foundation is enthusiastic to have catalyzed this combined private and public investment in marine protected areas. It has been our pleasure to work with WCS in the waters of Argentina, Gabon, Fiji, Chile and Congo to date, and look forward to seeing their efforts and commitment scaled across the global to support a dramatic expansion of MPAs by 2020.  We thank the blue moon fund and the GEF for their investments and call on others to join and help leverage greater impact.”

Diane Edgerton Miller, President and CEO of blue moon fund, said, “By investing in the most biodiverse marine environments, we can safeguard wildlife populations and support livelihoods of people who depend on these invaluable resources. The commitments made today are our best chance to reach the goal of conserving 10 percent of the world’s oceans by 2020.”

Naoko Ishii, GEF CEO and Chairperson, said, “We need to match political commitments with financial support for the world’s oceans. I am pleased to announce the GEF’s new commitment of $33 million dollars to create, expand and improve the effectiveness of over 7 million hectares of marine protected areas. These new funds will help ensure protection of valuable marine and coastal ecosystems worldwide, our vital global commons.”

Governments around the world have made a public commitment to reverse the trend of ocean degradation and by 2020 dramatically expand the area under protection, through the United Nations’ Sustainable Development Goal 14.5 and the Convention on Biological Diversity Aichi Target 11. Establishing MPAs to cover at least 10 percent of our planet’s oceans will hold back overfishing, reverse the decline of threatened species and protect what remains of critical ocean habitat for a more sustainable ocean future.

Country/Region of the News Article:
Global
Share
← Back to News Full Article Online