New Publications: Cities and the Blue Economy in the Western Indian Ocean 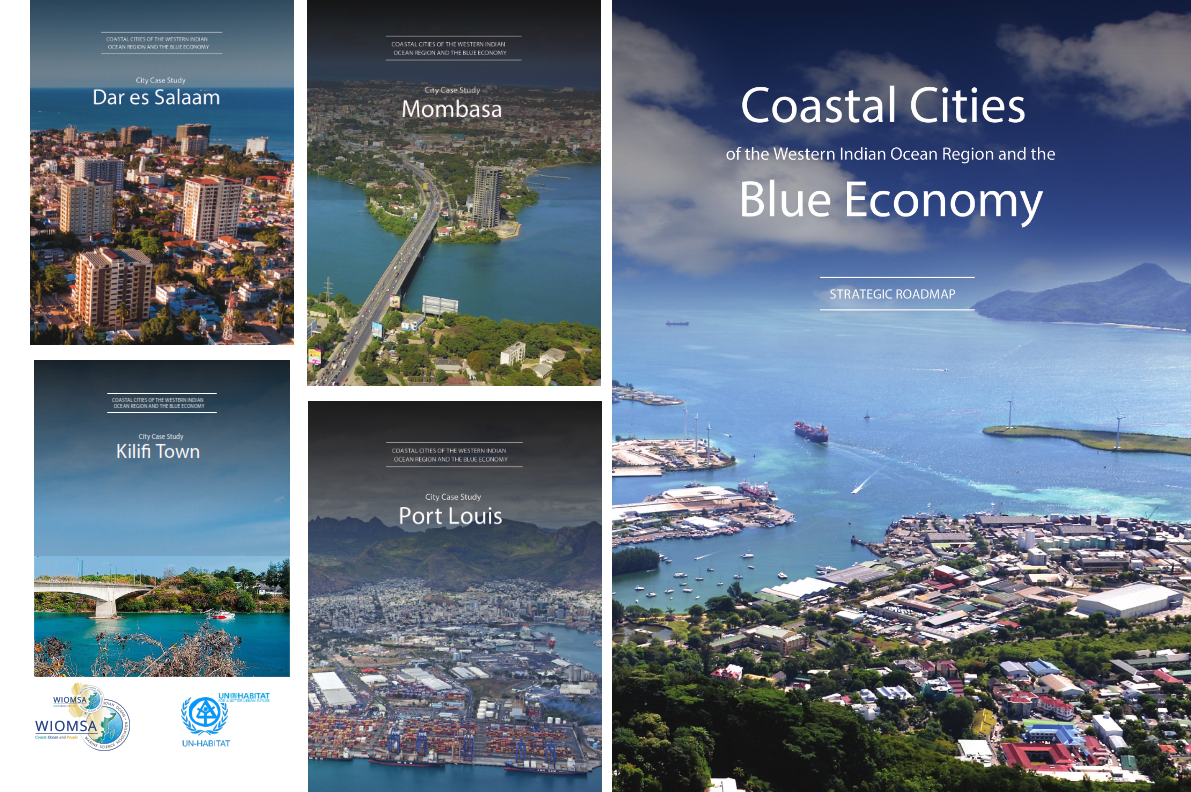 Coastal cities are gateways of trade and transport of countries in the WIO region and sites of key economic activity and infrastructure including ports, airports, hotels and fish markets, as well as providing the workforce that supports key blue economy sectors.

The Western Indian Ocean Marine Science Association and UN Habitat, in partnership with the Nairobi Convention launched a portfolio of 6 reports on 15 December 2021. The reports focus on strategic and operational opportunities for city and Blue economy stakeholders.

WIOMSA and UN Habitat commissioned Arup to prepare a portfolio of six reports as follows:

These reports offer knowledge resources for city and national government stakeholders, WIOMSA, UN Habitat, private sector and civil society. Each case study provides specific blue economy recommendations for that city, focusing on strategic and operational opportunities for the city and its blue economy stakeholders, informed by primary and secondary research. Key points and recommendations from each case study have also been extracted and integrated into the main body of the Status Report, which has, in turn, informed the Roadmap. The Roadmap provides strategic and operational blue economy recommendations across case study cities, which stakeholders are encouraged to also read and consider with respect to their city or region.

The reports are available for download here: Cities and Blue Economy Reports.