Election of the Board members: Call for nominations: GENTLE REMINDER!!! 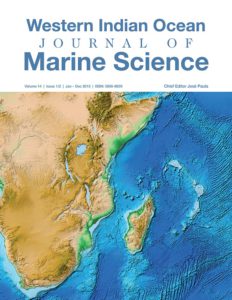 2017 is an election year for WIOMSA’s Board of Trustees. We are pleased to announce that nominations are now being accepted for elections of the WIOMSA Board of Trustees. According to procedure, only members in good standing, that is paid WIOMSA members and registered students (who are exempted from paying membership fees) are eligible to nominate, be nominated and to vote. Paid members and students may make up to four nominations; one for each category (Island states, Mainland countries, Host country and membership from outside the region).

Current Trustees may be nominated subject to Article 9.2.4 (i) of the WIOMSA Constitution which states that the “The tenure of office for the President and Members of the Board shall be three years, eligible for one more re-appointment.” Based on this, members of the current Board of Trustees who have only served one term are eligible for one more nomination and subsequent reappointment while those who have served two consecutive terms are ineligible.

Please submit your nominations (one for each category) to the secretary@wiomsa.org.

The deadline for submission of nominations is 31 March 2017.