Bright spots shine light on the future of coral reefs 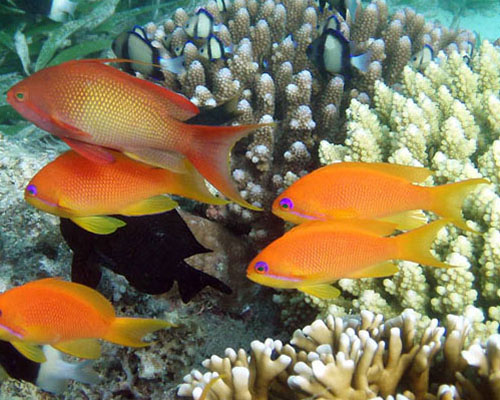 Researchers have discovered a handful of ‘bright spots’ among the world’s embattled coral reefs, offering the promise of a radical new approach to conservation.

In one of the largest global studies of its kind, researchers conducted over 6,000 reef surveys in 46 countries across the globe, and discovered 15 ‘bright spots’ – places where, against all the odds, there were a lot more fish on coral reefs than expected.

“Given the widespread depletion of coral reef fisheries globally, we were really excited to find these bright spots that were doing much better than we anticipated,” says lead author Professor Josh Cinner from the ARC Centre of Excellence for Coral Reef Studies at James Cook University.

“These ‘bright spots’ are reefs with more fish than expected based on their exposure to pressures like human population, poverty, and unfavourable environmental conditions.

“To be clear, bright spots are not necessarily pristine reefs, but rather reefs that have more fish than they should, given the pressures they face.

“We wanted to know why these reefs could ‘punch above their weight’ so-to-speak, and whether there are lessons we can learn about how to avoid the degradation often associated with overfishing.”